The US Department of Justice manages the Byrne Criminal Justice Innovation program which provides grants of up to $1,000,000 over three years to communities with high crime areas to reduce and prevent crime.  Collaborative by design, the program requires a local cross sector partnership to direct the

projects that get funded.

In Flint, Michigan, we were hired by Kettering University, a member of the University Avenue Corridor Coalition (UACC), to lead the process of developing a Byrne application, which was ultimately funded.

The UACC was formed in 2012 by anchor institutions, neighborhood associations, non-profits and businesses in the University Avenue Corridor just west of downtown Flint.  While leading institutions were investing in the area around them, they knew they would be more effective if everyone pooled their resources and focused them together on improving the corridor.

We started working with the UACC almost a year in advance of the anticipated deadline to develop the project that would submitted for a Byrne Planning and Implementation Grant, with the UACC as the cross-sector partnership and Kettering as the fiscal agent.  The project was named, “Renew the Avenue: A Public Safety Project of the University Avenue Corridor”.  When leaders of the UACC thought about who they wanted as a core group to guide the process, they came up with a Dream Team of seven community leaders to participate as a steering committee. From there, we helped them to identify partners who would participate as solid collaborators, each having a significant role to play: the Mayor and the City of Flint, the Chief of Police and the Flint Police Department, local foundations, two local universities, three neighborhood associations, and a regional hospital located along the corridor.

To develop the proposal, we convened the Dream Team regularly to discuss and determine the many decisions that needed to be made that involved analyzing crime data, identifying hotspots, establishing goals and objectives, and selecting evidence-based strategies.  It also meant interviewing research partners – and 4 were chosen!  Two located in Flint:  Kettering University and the University of Michigan – Flint; and two that had been working on crime and community data in Flint – Michigan State University’s School of Criminal Justice and the University of Michigan’s School of Public Health.  We also engaged the full UACC at their monthly meetings as we reported the Dream Team’s progress.

Finally, the Request for Proposals (RFP) was announced, and Flint was ready. Based on the decisions made by the Dream Team, the information we had gathered and the feedback from the members of the UACC, we wrote the application narrative and developed the other materials including a budget, work plan and timeline. We submitted the application, and the Renew the Avenue project was chosen as one of only 6 recipients in the country.

After the celebration, to keep the momentum going, we stayed on to manage the project in the interim until a permanent Program Manager was hired. In that time, we put a committee structure in place including an expanded Dream Team as a Steering Committee, the Researchers Team, a Community Engagement Team, and a Sustainability Team.  At the end of the Planning Phase, we also helped successfully launch the project by writing its Implementation Plan. In this engagement, we were able to put our greatest strengths to work for our client and for the ultimate beneficiaries, the people of Flint:

When you’re new to development, a little help goes a long way 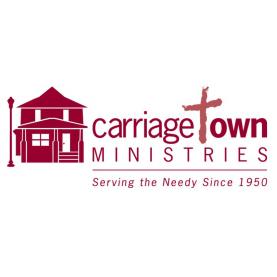 Carriage Town Ministries is a faith-based emergency services organization providing housing, food, clothing, and spiritual nourishment to people in need.  Their new Development Director was very familiar with the organization, but she was new to fund development, and Paper Crane Funding Solutions was hired to help her in the transition and to supplement her efforts as a development department of one.

With our coaching, the Development Director gave a confident and compelling presentation to a group of local funders and hosted a site visit with program officers from a local foundation that was followed by a sizeable grant.  Together, we prospected for new funding sources, developed a general narrative and customized it for specific funders, requesting funding for various projects at Carriage Town Ministries.  These projects ranged from a home they are renovating for short- and long-term stays by volunteer teams, to a Health Center that provides medical, dental and optical care for homeless and extremely low-income people.

We also advised the CEO on strategic development efforts for the organization and developed a capital campaign approach for the renovation of their Family Shelter. With a new confidence, prospective funding sources and solid narrative for grant proposals, Carriage Town Ministries was in a much stronger position for approaching new funders and nurturing relationships with their existing funders after their work with Paper Crane.  While they brought in an additional $70,000 during the time of our engagement, they are well-positioned to raise the funds needed for all of their programs including $4 million for the Family Shelter.

We build our clients’ capacity for fundraising so they can do more with more – in this case, moving people from homelessness to self sufficiency. We did this by: